Simone Lockhart : « Even though I am already in my career, school is very important to me » 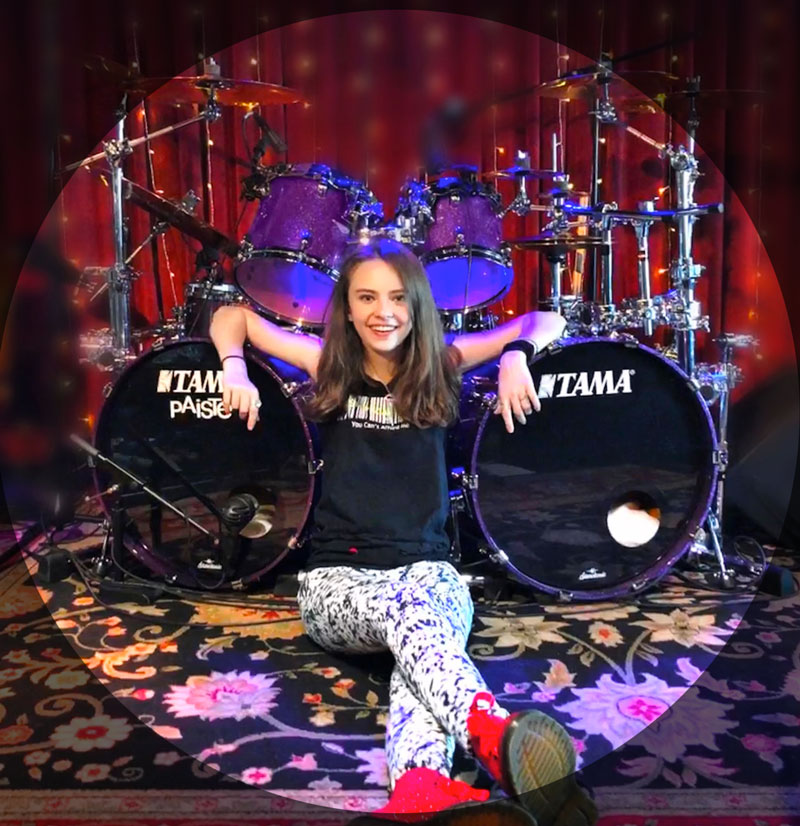 Simone Lockhart, 15 years old, is an American high school student like any other. Well, almost. Awaited in the Disney blockbuster Jungle Cruise, whose release was postponed because of the Covid-19 epidemic, she is currently featured in the Netflix serie Sweet Magnolia and her drums covers on her YouTube channel are very appreciated for many years. Because Simone Lockhart is also a well-known drummer and a talented musician. A true artist who agreed to give an interview in the French webmagazine for high school students Vivre au Lycée...

We can currently see you in the Netflix series, Sweet Magnolia. Can you tell us about your character Nellie?
Sweet Magnolias is set in a fictitious town called Serenity. Nellie Lewis is the daughter of Serenity’s Mayor, Trent, and his wife Mary Vaughn. My mom is sort of the salty antagonist of the three Sweet Magnolias. I feel like Nellie is the sweet side of the Lewis family. Her brother, Jackson, is the rival of Tyler Townsend and is kind of a bully in school. Every series needs characters you love to hate though, right?

Simone as Nellie in Sweet Magnolias

Nellie is one of Kyle Townsend’s peers and is sorta set up to be his love interest. No spoilers, but there is a huge cliffhanger so everyone needs to watch. Hopefully Netflix will order season two so we can see how these characters develop and resolve the questions left in the finale.

You also play in the Disney Jungle Cruise movie. Can you tell us about your experience on the set?
I can’t reveal much about Jungle Cruise since it won’t come out until 2021, but it was a phenomenal production to be part of and the cast is obviously amazing! I am from Florida and grew up going to Disney World so this being my first feature film was a dream come true. The film is not yet released but have you had the opportunity to share scenes with Emily Blunt and Dwayne Johnson?
Anna (my character) is sworn to secrecy until after the movie is released.

What are your role models in acting?
I have many but I’ll highlight a few which are probably in everyone’s favorite actors list. Robin Williams...he was so vulnerable with all of his characters. There was so much depth and range to his work. I love his fearlessness and freedom. Johnny Depp... I love how much he develops his character. It’s like you can see the character’s life story behind his eyes. He brings little nuisances to every character which makes his acting so unique. I’ll finish with Leonardo DiCaprio... truth. He’s just so believable. I admire his truthfulness and honest connection with his roles. You started acting very young. Can you tell us about your beginnings?
When I was younger, I took dance classes for 7 years and a dance parent suggested I should consider acting and recommended a local agent and acting studio. That led to being cast in a few short films and I was hooked, I loved everything about being an actor. Soon after I signed with my first agent at PeopleStore and that really started to boost my acting career. They referred me to Catapult Acting Studios where I started and have continued training for about 4 years. And soon after I added my LA Agency, CESD, to my team. However, just because I had agents and I was in acting classes, I wasn’t booking immediately. It took about 2 years to book my first TV role in Manhunt: Unabomber. Then it was another year before I booked Jungle Cruise and then Sweet Magnolias. One of the keys to a successful acting career is surrounding yourself with people that support your goals and development in a positive way. I am so grateful for my team and everyone on my journey with me.

Isn't it too difficult to reconcile your career and your studies?
Fortunately, I do school online, so it is a very flexible schedule. My teachers are awesome and so supportive of my career and my studies. I take advantage of any down time and work ahead in my classes. I am currently a year ahead in high school. I just finished my Sophomore year (2nd year of high school) and I only took a week off before jumping into my Junior year (3rd year) of classes. What kind of student are you?
As I mentioned, I am starting my third (junior) year of high school. Even though I am already in my career, school is very important to me. I usually get A’s in my classes and I just love to learn. What are your favorite subjects in class?
My favorite subjects are math and science. I love physics and math-based sciences. I also enjoy language arts when I am able to freely write. I also like electives like psychology and foreign languages. Really… I just love to learn! You are also an excellent musician. You sing, you play the guitar and the drums. How and when did you start your learning?
When I was 2, I told my parents I wanted a drum kit. They thought I was crazy. My question is how did I even know what drums were at 2? My parents did finally get me a kit for Christmas when I was 5 and that’s when it started. Singing and I have a on again, off again relationship. Right now, we are off again but the main reason I started singing is because I loved interacting with the audience and performing. I am also learning to play bass guitar, guitar, and keyboard but those are just a hobby and it gives me a different depth and understanding of music. On your YouTube channel, you play rock songs on drums. What are your favorite bands? How do you choose your covers?
I love rock! Of the top of my head, my favorite bands include Nirvana, Led Zeppelin, Foo Fighters, Bon Jovi, Guns & Roses, Van Halen, I could go on... I listen to all types of music though. I also love fun upbeat swing. Man With a Hex is one song that I really like right now, that is an example of that style. However, on a whole other universe I love bands like the Monks, an English post-punk, new wave band. How do I choose my covers? Well it’s somewhat random but also guided by specific events. Like I posted something for John Bonham’s birthday. Other times though, I’ll base it on skill sets that I’m learning and honestly just my mood.
Of all the songs you've played so far on your YouTube channel, which is the most difficult?
Every song I’ve learned has some fill or something that is a bit difficult. I always like to post something a bit challenging. However, I think my cover of Subdivisions by Rush was probably my hardest one yet. Who are the best drummers in the world for you?
I don’t even think I could pick a top 10. There are so many types of drummers and how they are the best. Like Buddy Rich and Gene Krupa, their way of playing is totally different from John Bonham or Neil Peart who’s also different from Travis Barker or Alex Van Halen. Then you have a whole different genre like metal with Joey Jordison and Mike Portnoy. There are so many other great drummers though, Dave Grohl, Ginger Baker, Chad Smith, Stewart Copeland, Steve Gad, Keith Moon, Sheila E., Karen Carpenter, the list goes on and on. I think what you have to do is expose yourself to all of them and then find who you connect with to form your style. You are on a desert island and you should only bring 5 albums and 5 movies...
Ok this is my list for today... this would be different 5 years from now and most certainly 10 years from now. Albums: Movies:
What are your feelings about the quarantine and the very special period?
I think quarantine is necessary right now. I think peacefully and respectfully spreading positivity and love is the way to go.

« Surround yourself with positive people that share your goals and support you ! »

What are your projects in music or cinema and TV?
Right now, I am an independent artist. I’ve been writing my own music during quarantine and looking towards forming a band. I hope everyone watches Sweet Magnolias… it was holding a position in the top 10 across the world for a few weeks and peaked at #1 for a few days. And of course, I am super excited for everyone to see Jungle Cruise in Summer 2021. Other than that, I am just waiting for new opportunities to come once production restarts. Your favorite and most inspiring quote?
My most used quote in my life is by Albert Einstein... “Everybody is a genius. But if you judge a fish by its ability to climb a tree, it will live it’s whole life believing that it is stupid.” So true. What would you like to say to French students who would like to do like you and become actors or musicians?
Don’t give up! Start training and keep up the momentum every day. Sometimes it takes a while to notice progress, but you will. Also, surround yourself with positive people that share your goals and support you ! Interviewed by Gilles Rolland 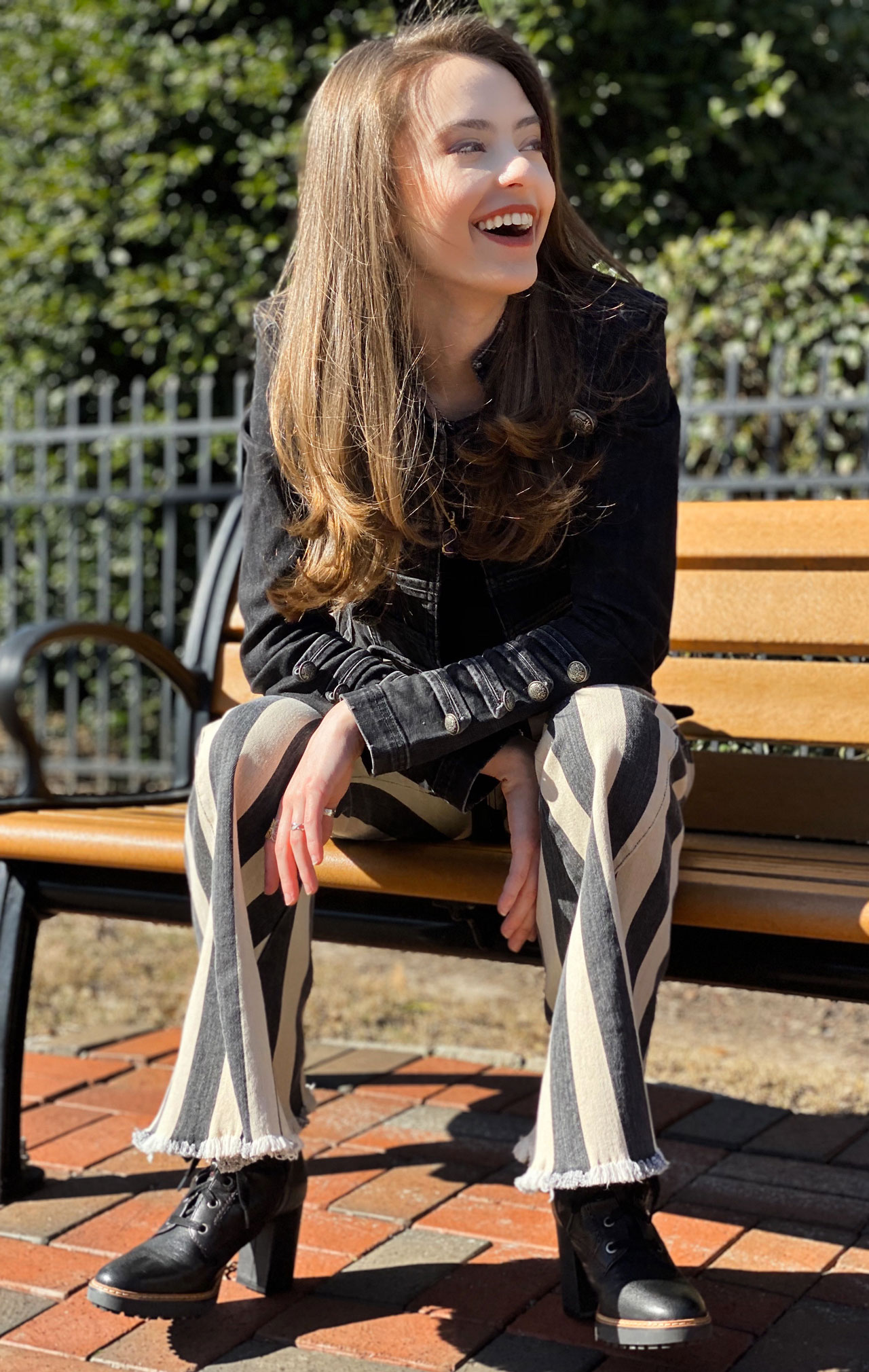 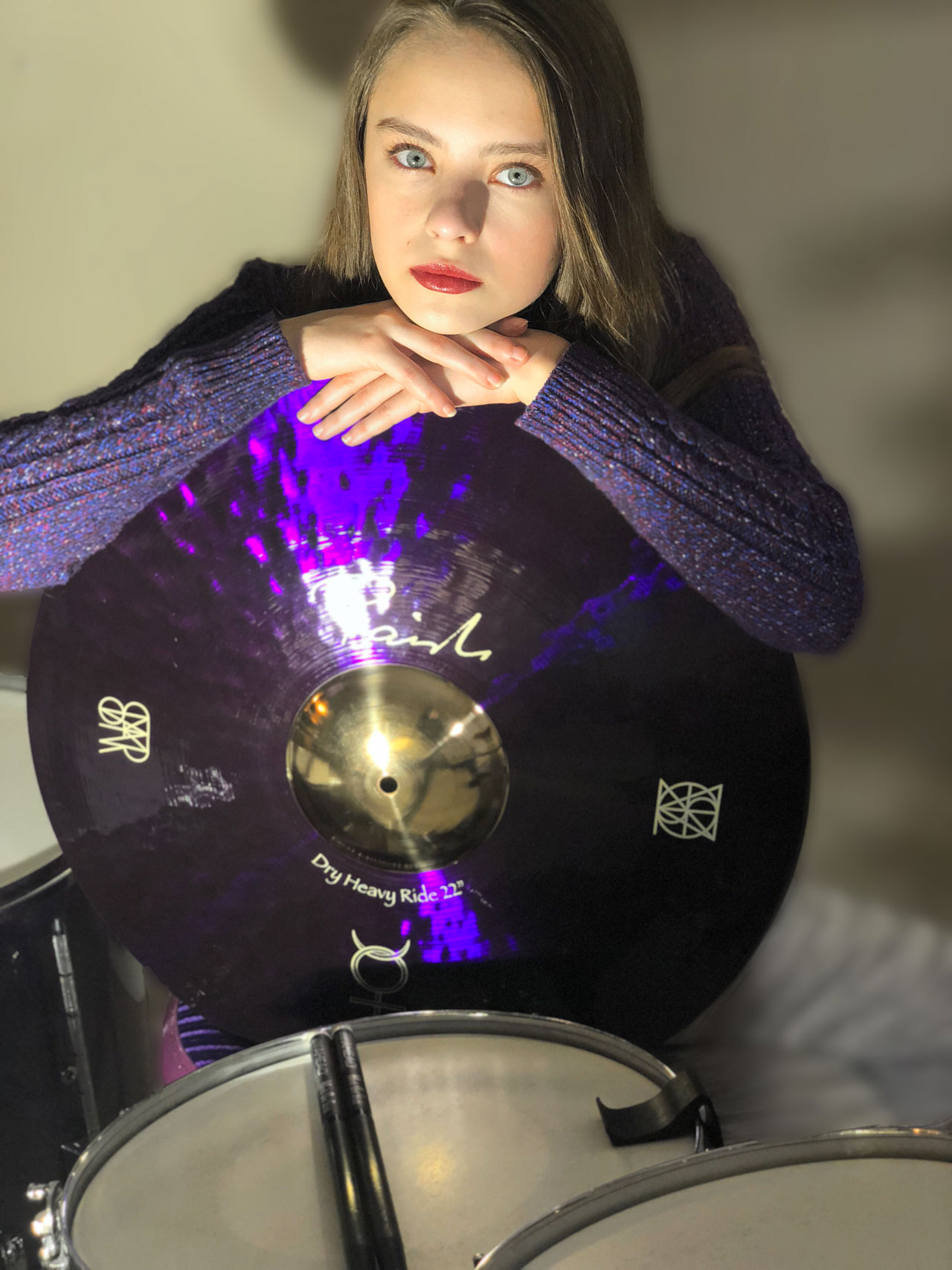 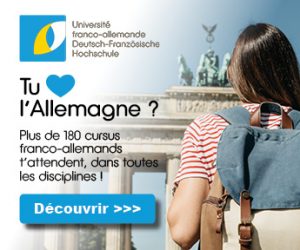